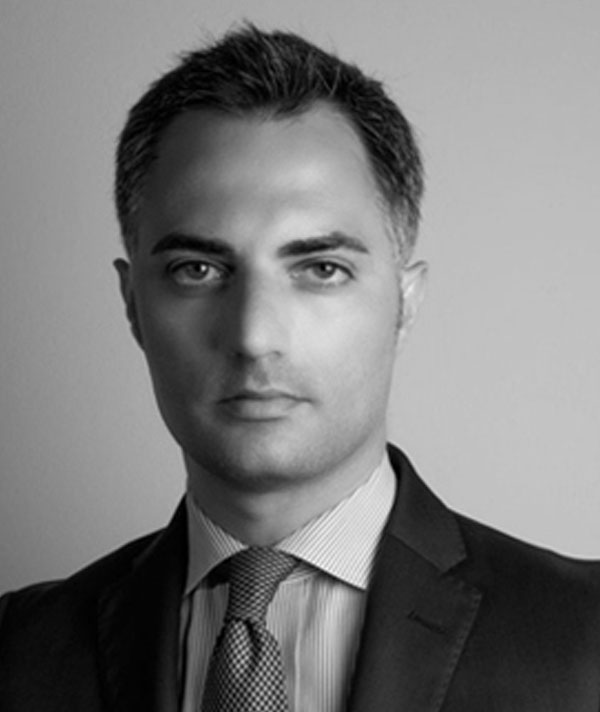 A business banker, he has experience of over 18 years in the finance and Real Estate sectors, gained in Milan, London, Lugano, New York, at Banks, Insurance companies, Foreign Investment Companies (family office) and Merchant Banks . - In 2002 , he was a Team Manager and Financial Advisor at Allianz Group; - In 2005 he was a Sales Trader - Italian Institutional Desk – FXCM – New York - In 2006 he was a Private Banker / Team Manager at Banca Mediolanum Private Banking; - In 2007 he was a Senior Product Manager, Unicredit Xelion Investment Bank (Unicredit Group) in the group’s products division. He is a member of the Team that will deal with the merger by incorporation of Unicredit Xelion Banca into Fineco Bank - In 2008 he was Chief Executive Officer and Head of Real Estate - Mc Management and Partners, a company that operates in the field of Real Estate advisory, M&A, debt restructuring, Securitization – Non-Performing Loans (NPLs), establishment and management of REoCo, in charge of the development of the Italian AUM 2 Bn market; - Since 2011 he has been Business Partner and Head of Real Estate & Energy of Amaranto Investment Sim, an investment company monitored by the Bank of Italy, [which] is active in the Multi Family Office, Spin Off consisting of Goldman Sachs and Rothschild, the company manages portfolios of about € 1.5 billion. - In 2012 he was a Partner of Italian Merchant Bank La Centrale Finanziaria Generale, where he was involved in the origination and management of the entire Real Estate/Distressed Assets/Non-Performing Loans division, including through a subsidiary of the Serenissima Sgr group (shareholders: La Centrale Finanziaria Generale, Autostrada Brescia Padova, Banca Popolare di Vicenza, Banco Popolare and Banca Mediolanum). - In 2013 he was founder and Chief Executive Officer of Primus Partners, a company active in the field of the restructuring of loans (Special Situation) and real estate portfolios, - 2014: Chief Executive Officer of the finance parent company Primus Management (Primus Group), monitored by the Bank of Italy. - In 2014 he was Partner and Chief Executive Officer of an investment bank called Primus Capital Credit Management S.p.A. (formerly Omnia Factor SpA founded by Gallo - Meliorbanca) a platform operating in the NPLs and Factoring sectors, there are leading industrial companies among the shareholders of Primus Capital and Primus Group, such as Alpitel, Comital, Danieli Officine Meccaniche, Marazzi Group, Stefanel and Lombardini Holding, Kinexia spa, CMD Motori and SCS SPA (Auchan - SMA) representing an aggregated total turnover of approximately € 7 billion, and three Italian banking groups as BPER (Banco Popolare dell'Emilia Romagna), Intesa Sanpaolo and Banco Popolare. Throughout his career he participated in the establishment of seven closed-end real estate funds and is a member of two advisory committees, he participated and managed many real estate and energy deals in Europe, assisting and collaborating with SGR [Savings Management Companies], Banks, Property companies and International Investment Funds for transactions of a total value of more than € 20 billion. - Member of the Council for the Relationships between Italy and the United States (chaired by Sergio Marchionne and Marco Tronchetti Provera) - Advisor for the Lombardy and Sicily Regions - MEF Technical Advisor (Ministry of Economy and Finance) in respect to the hypothesis of an Italian "Bad Bank"(GACS)